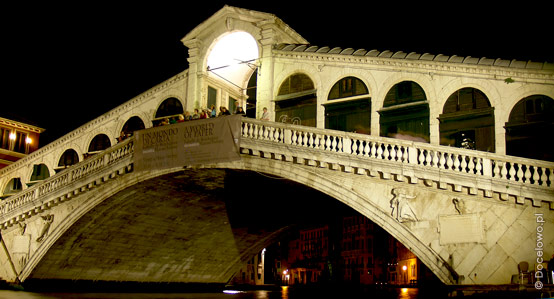 The Rialto Bridge is the oldest, and at the same time the only bridge rising above the Venetian Grand Canal. It was so until the time of the Ponte dell’Accademia in 1854. It must be admitted that despite his age Rialto Bridge impresses. This is due not only to its shape and architecture, but also from the fact that a single-span building provides space for trade stalls, separated by arches arcades. In the middle of the bridge was built elevated arch, beside which meeting two rows of stalls located along the entire span. Between them writhing pedestrian street, but it is also possible the passing by two balustrades.
It is worth noting that according to original assumptions, the Rialto Bridge had to be located on the banknotes with value of 50 euros. Unfortunately, this idea did not find favor in the eyes of members of the committee.

Among non-sacral facilities worth seeing, need to mention the Bell Tower of St. Mark. It is the tallest building in Venice, because its height is 99 m. It extends an unforgettable view on St. Mark’s Square and the Doge’s palace. There is seen also a dome of St Mark Basilica. Interestingly, from this tower will not see any of the many Venetian canals.
It should be emphasized that the current bell tower was reconstructed in 1912. This was necessary after the July 14, 1902, when the tower collapsed and also destroyed the Loggetta. Tourists can now enjoy both the reconstructed tower, as well as the Loggetta. 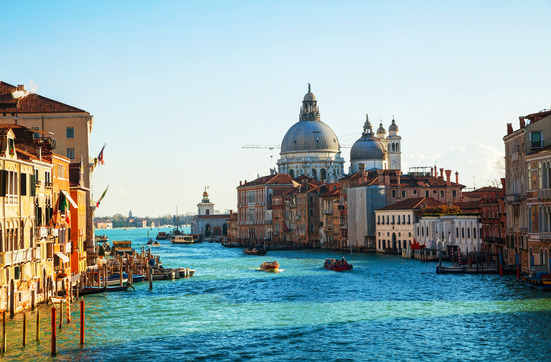 Another church, which must see while being in Venice, is the Basilica of Santa Maria Gloriosa dei Frari, commonly called the Friari. Located in Calle del Magazzen. Basilica is one of the largest and finest Gothic sacred buildings in Venice.

In fact, it is a powerful and extremely massive monastery complex, which belongs to the Franciscan order. Was built in the thirteenth century, but was rebuilt first in the fourteenth century, and then in the fifteenth century. Interestingly, there is no unnecessary decoration, anyway, structure of the church also is maintained in a simple character. This is directly related to the strict rules of the Franciscans.
Inside the church you can admire the monument of Pesar, although much bigger admiration arouses Assumption picture, located in the center of the altar. Its creator was Titian, whose tomb is also in the interior of the temple. An interesting fact is that the tomb was built only three centuries after death of the painter.
In addition to these works in the Basilica of Santa Maria Gloriosa dei Frari are located such works as the Madonna Pesaro Family by Titian, Bellini’s Madonna and Child and Madonna by Paolo Veneziano.

Another place worth mentioning is stately Palazzo Grassi. The investor of this palace was house of Grassi. Construction began approx. 1748 and the designer was probably Giorgio Massari.
For a time the palace belonged to the Italian automotive company FIAT who organized a variety of valuable exhibition. However, in October 2004, the building was sold to the authorities of Venice, which organized there a casino. 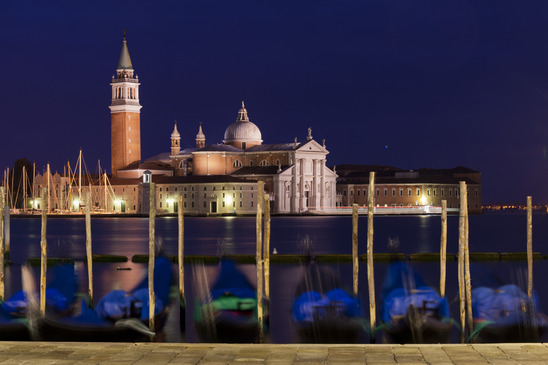 Being in Venice is worth to visit the church of San Giorgio Maggiore. He belonged to the Benedictine abbey, located on the island of San Giorgio in Venice. The temple was built in the years 1597 – 1610, and its designer was Andrea Palladio.

The church was built in the form of a basilica. There are three naves, topped with a dome located at the intersection of the nave and transept. The nave is ended by extended chancel. There is also a chorus separated by soaring columns. Regarding the aisles, it is covered with a barrel vault. Outside the temple, there are statues of St. George, St. Stefan and Venetian doges. Inside of the church you can admire the Renaissance paintings, of which the most valuable is the “Last Supper” painted by Jacopo Tintoretto. Also noteworthy are the tombs of the Doges of Venice.

One of the most interesting and simultaneously lesser-known buildings is the Ca ‘Pesaro, which is a palace belonging to the family of Pesaro. Its designer was Baldessarre Longhena. At the time of his death in 1682, the palace had only one floor. For the next 28 years continued construction, which was finally completed in 1710. Today, the building is regarded as one of the largest in whole Venice. For over 100 years it houses the Museum of Contemporary Art.