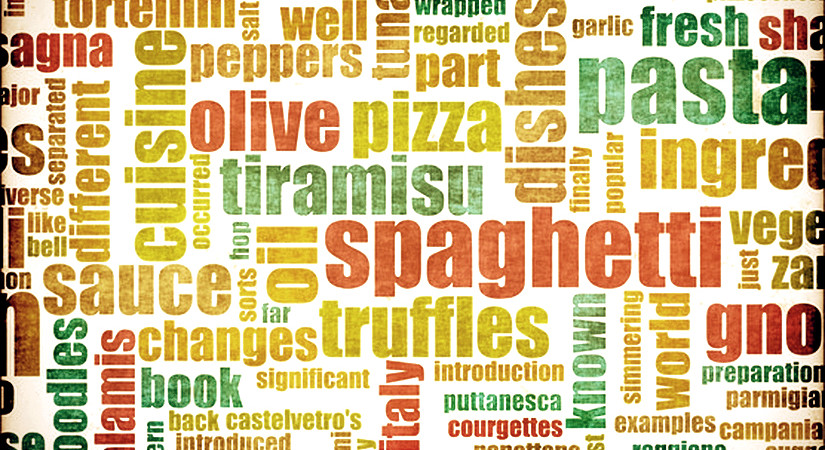 Italian cuisine is one of the most famous, but also the healthiest in the world. This is due to the ingredients that are its inexpensive base. In the Italian cuisine dominated mainly fishes, seafood, vegetables, fruits, herbs and olive oil. Very tasty are also local cheeses and breads. In general, they are made in small factories where particular attention is paid to the quality of the product.
The most common variation is of course Italian home cooking. For this reason, there arose a number of restaurants and bars with typical Italian home cooking.
In sunny Italy people eat mainly lunch and dinner, or basic meals during the day. The main meal is preceded by an appetizer (antipasto), which consists of cold cuts of meat, seafood and a variety of vegetable salads. Much interest has also cooked or smoked ham, sometimes with the addition of mozzarella. Also they use a lot of potatoes – primarily in the form of fries; rarely cooked or fried.
On the breakfast Italians eat bread with marmalade or chocolate. Sipping it by a cappuccino. During the day they eat sandwiches of large sizes. Also they like ice cream in a waffle cone – Produzione Propria ice cream parlors create these cold desserts on the spot.

The most popular is a coffee drink which can be both cold and hot. The selection is huge, because it is prepared, among others, with ice cream, lemon, whipped cream, etc. There is also serve decaffeinated coffee. The tea is served mainly with lemon, and, only on special request, with milk. On hot days you can order iced tea.
Worth a try local juices, which are generally made with fresh fruit. They squeezed at the bar and sometimes sweetened with sugar.
When it comes to alcohol, the Italian wines are considered to be some of the best in Europe. Usually red wine is consumed cold, right out of the refrigerator, while white wine should be slightly warmer. Wine is always drink during a meal.
Wines in Italy are fairly cheap. An inexpensive but popular and delicious wines include: Lambrusco, Soaves, Valpolicella and Chianti.